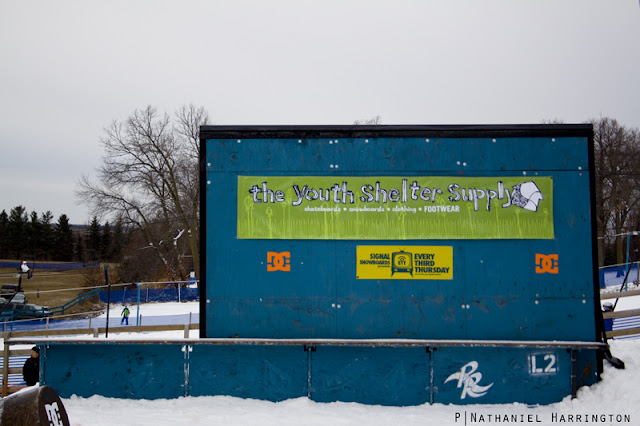 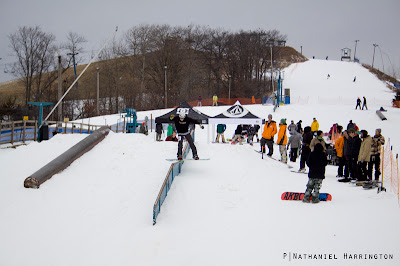 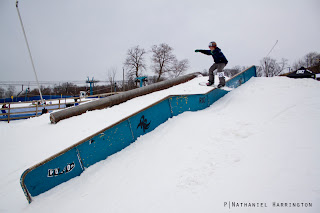 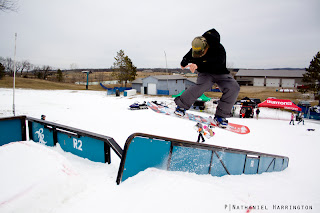 Krister Ralles Back One On. 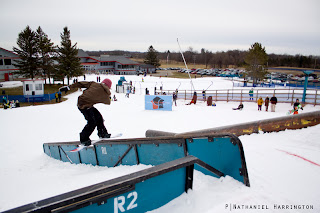 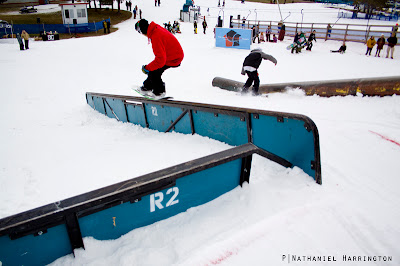 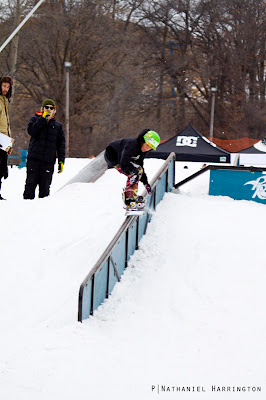 Benny Milan was spinning 180's on and off this rail all day.
Just one of the many up-coming rail slayers. 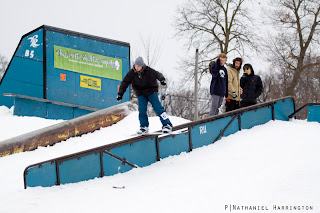 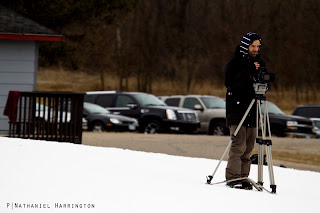 Mike Thienes making yet another epic edit for us all to watch. 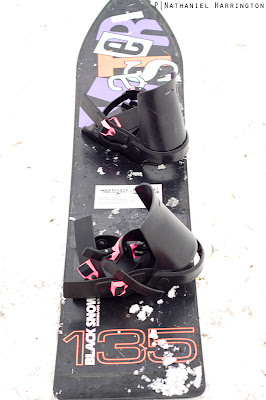 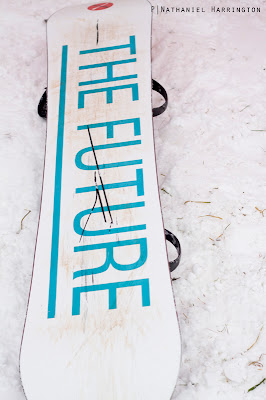 Past and Future, all in one day. 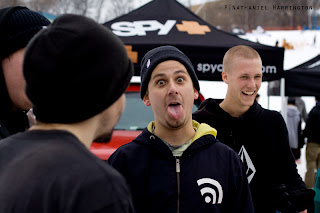 Jake O-E came and made some faces for everyone. 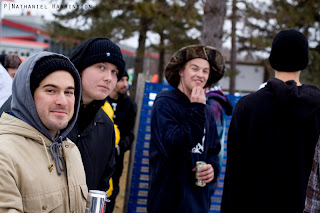 Jake and Sam, Midwest's dream team of filmers minus riley. 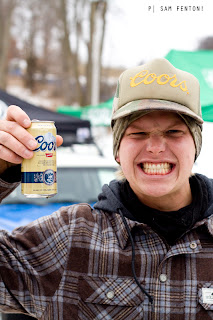 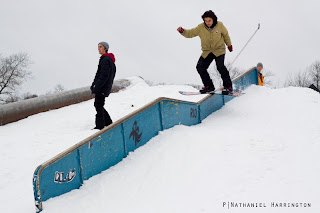 Jonas Michilot taking it back to the black snow. Boardslide down the kinker!! 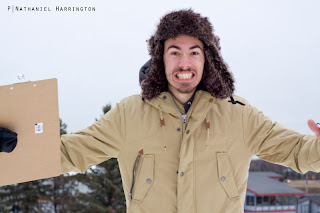 Danny after a long day of judging!
This is the, 'grrrrrr, that was impossible everyone was killing it!' face. 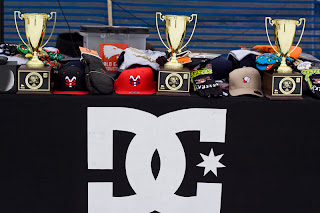 The Youth Shelter making sure the goodie bags were filled to the top! 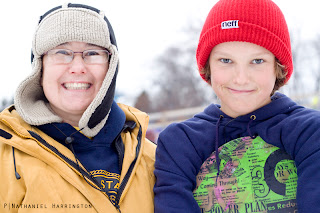 Garrett and His mother, Mary. Gare bare placed first in 14 and under!
Good shredding lil grom! He'll be kicking all of our butts soon enough. 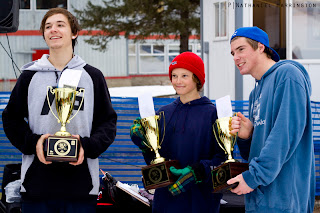 Jesse Paul and Shane Ruprecht battled all day for that trophy. In the end, Jesse came out champ, but dang, shane killed it too!
Same with the 14 and under kids; Garrett, Benny, and Eddie all throw down so hard.. I would have hated to be a judge. 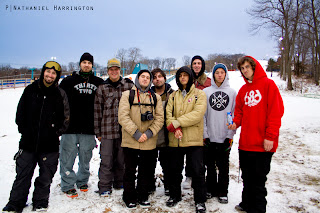 Pettit and the MN Crew!

What a group of guys. I made them all get together for this shot, they grudgingly excepted. One day my friends, we'll all be stoked we have these shots. :)

The set up was so sick this year! The favorite being a down bar with a tricky approach from the left side. There was an closeout elbow combination that kept everyone mixing up the bag of tricks. I think 120 kids signed up and rode, making for quite the turn out.

Thanks to all involved! Especially Powder Ridge and the park crew for all their hard work.
You guys kill it every year!

aw, thank you so much! It was a great day!

wish i could have been there. it looks so fun!

Wish you could have too!! it's chill.. next time man.

Please Check out my new website @
www.natehphoto.com
Read the Bible, it might change your life.
Psalms 115:1
Not to us, O LORD, not to us but to your name be the glory, because of your love and faithfulness.
For God so loved the world, that He gave His only begotten Son, that whosoever believeth in Him shall not parish, but have everlasting life. - John 3: 16.
Whatsoever your hand finds to do, do it with all your might; for there is no work, nor device, nor knowledge, nor wisdom, in the grave, where you are going. - Ecclesiastes 9:10.
Psalms 107: 23-31

They that go down to the sea in ships, that do business in great waters;

These see the works of the Lord, and his wonders in the deep.

For he commandeth, and raiseth the stormy wind, which lifteth up the waves thereof.

They mount up to the heaven, they go down again to the depths: their soul is melted because of trouble.

They reel to and fro, and stagger like a drunken man, and are at their wit's end.

Then they cry unto the Lord in their trouble, and he bringeth them out of their distresses.

He maketh the storm a calm, so that the waves thereof are still.

Then are they glad because they be quiet; so he bringeth them unto their desired haven.

Oh that men would praise the Lord for his goodness, and for his wonderful works to the children of men!

Hosea 10:12 - Sow to yourselves in righteousness, reap in mercy; break up your fallow ground: for it is time to seek the Lord, till He come and rain righteousness upon you.

SBN Issues are my own work that I put together in InDesign. It started out as an idea for my portfolio. With every year that passes the photos keep getting stacked deeper and deeper, so, in order to to keep some of these moments remembered, I began SBN.
Whether you surf, skate, or snowboard I really doubt you will be bored looking throughout these issues. Each features many names you've probably heard, and hopefully one or two you haven't heard of.
Check something new out and click on the issues below.
Thanks for looking!

Donate to this Blog.